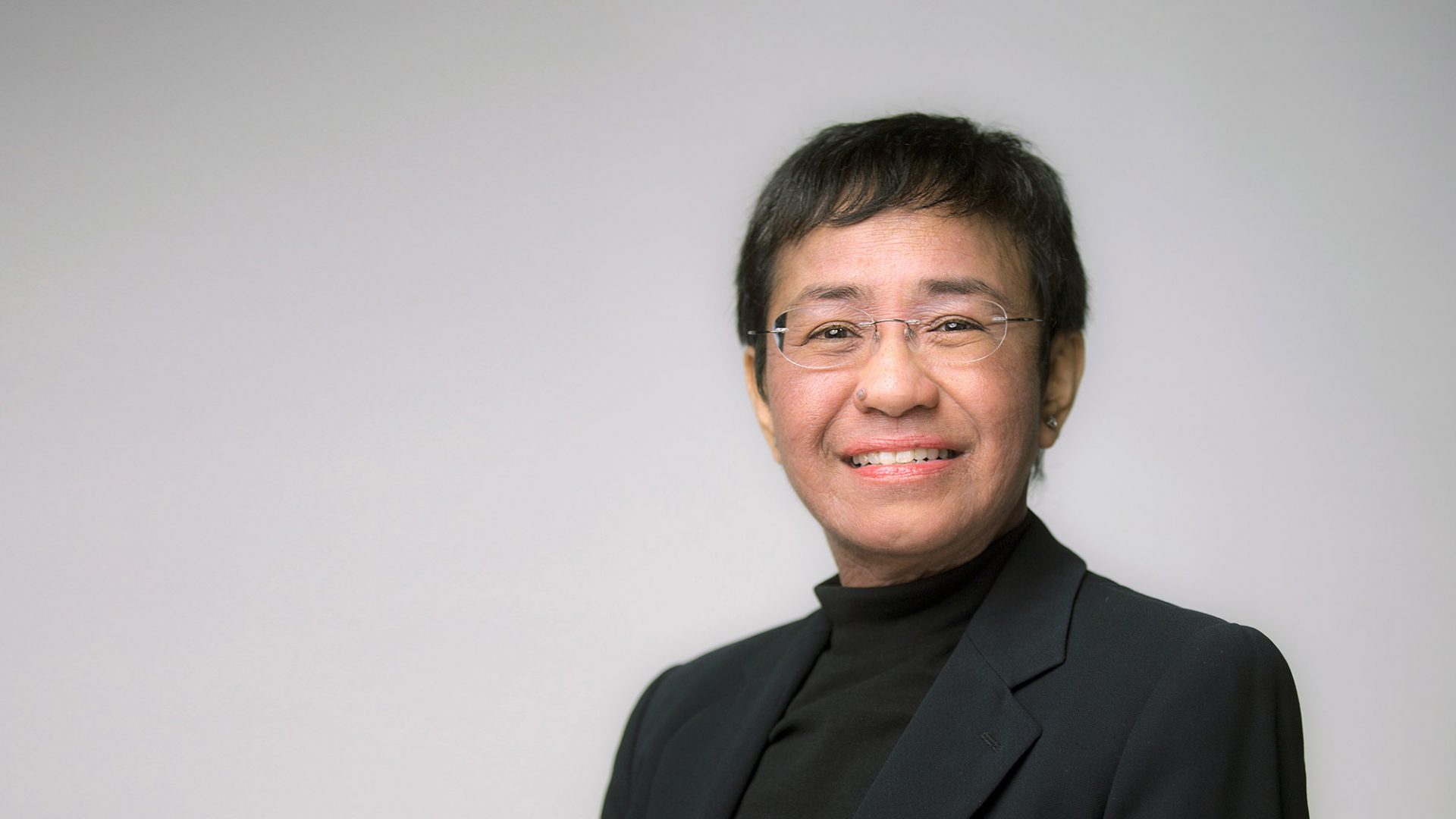 Philippine journalist Maria Ressa, recipient of the Nobel Peace Prize 2021, is one of the keynote speakers at the The Internet Days conference.

For almost 35 years, journalist Maria Ressa has worked hard towards maintaining democracy by safeguarding freedom of the press and freedom of expression. She is one of the founders of the online news website Rappler, which since 2011 has made many important revelations about corruption among politicians, the prevalence of bots, state-sponsored disinformation campaigns, paid internet trolls and critically investigated the Philippine war on drugs.

Maria Ressa is also one of the experts on The Real Facebook Oversight Board; an initiative that monitors Facebook, and works towards the platform making changes that have a positive impact on its users.

– Maria Ressa's courageous struggle to safeguard freedom of expression in the Philippines paves the way for independent journalism around the world. She highlights how big tech enables the systematic dissemination of disinformation and what consequences it has for societies where democracy is under threat. She cautions how strong democracies can erode over time when viral content, whether it is a lie or a truth, is being spread in the same way. To say that the internet and social media, for better or worse, have played a large and important role in her work is an understatement, says Jannike Tillå, Vice President of Communications and Public Benefit.

Over the years, Maria Ressa has been strongly opposed by the government in an attempt to silence her and journalism as a whole. But despite numerous charges and threats, she has tirelessly continued her struggle. Maria Ressa has been awarded the Nobel Peace Prize 2021 for her efforts to safeguard freedom of expression.

Maria Ressa to speak at The Internet Days

– The announcement of Maria Ressa as the recipient of the Nobel Peace Prize has enabled more people to be aware of her important contributions. We are very happy and pleased that the participants of The Internet Days will have the opportunity to learn from Maria Ressa. Having her as a keynote speaker also emphasises the role that The Swedish Internet Foundation plays in the public debate. Personally, I am convinced that issues concerning privacy, knowledge and disinformation online will be more crucial in the future, says Carl Piva, CEO of The Swedish Internet Foundation.

About The Internet Days

The Internet Days take place on 22-23 November 2021. It is a digital conference for anyone who wants to expand their digital perspective. The Internet Days provide knowledge about the internet and how digitalisation has impacted society and the individual. The annual conference is organised by The Swedish Internet Foundation.

About The Swedish Internet Foundation

The Swedish Internet Foundation is an independent, business-driven and non-profit organization. We work for an internet that contributes positively to people and society.

We are responsible for the Swedish top-level domain .se and for the operation of the top-level domain .nu. The revenues from the business operations finance a number of investments in research and education with the aim of allowing internet users in Sweden to further develop their use in a conscious way, as well as provide knowledge about internet use in Sweden and the impact of digitalization on society.

Examples of our investments are the starting and meeting place Goto 10, the report Swedes and the Internet, the learning resource Digital lessons, the conference Internet Days and the measurement tool Bredbandskollen. Our vision is that everyone in Sweden wants to, dares to and is able to use the internet.

The Swedish Internet Foundation is an independent, business-driven and public-benefit organization. We work for an internet that contributes positively to people and society. We are responsible for the internet's Swedish top-level domain .se and manages the operation and administration of the top-level domain .nu. The revenue from our business finances a number of initiatives in order to enable people to use the internet in the best way, and to stimulate the sharing of knowledge and innovation with a focus on the internet.

The Swedes and the Internet

An annual survey of the internet habits of Swedish people

Goto 10 is your open space for internet related knowledge, networking and innovation

A digital museum built, and curated by The Swedish Internet Foundation

An open education resourse about digital competens in schools